The following interview took place between Dr Renan Petersen-Wagner, an academic and course leader at Leeds Beckett University, and Natalie Naik from Talis.

Renan uses Talis Elevate in a 2nd year “Sport Broadcasting” module, made up of 40 students on the Sports Marketing course and 20 students from a Sports Business Management course. The module explores the relationship between media and sport. We wanted to find out more about how Renan was using Talis Elevate and the impact it was having.

What motivated you to implement Talis Elevate on this particular course?
I initially thought Talis Elevate was interesting because it represents new media and the interaction between public and media, and this is something we are looking at as part of the course, I thought it would be interesting for students.

I wanted to create a repository of knowledge with Talis Elevate, in which students could ask questions and I could respond, and have a discussion.

You already use Talis Aspire for your additional course readings, how are you using Talis Elevate in conjunction with this?
The lecture slides go into Talis Elevate, along with any other media from lectures such as videos, and any of my blog posts that I posed questions throughout.

Have you learnt anything about the way your students learn since using Talis Elevate?
How they work, which I wouldn’t see without Talis Elevate. They are currently working towards two mini-assessments and I can tell from their work that they are engaging with the resources. Over the Christmas break, they will have a whole month with no lectures where they will need to work on an essay. What I’ve suggested is that we use Talis Elevate for questions and answers, so I don’t have to answer questions individually each time and they will see what others are asking. So, hopefully, during that period of December to January, I will still see engagement with the content. I’m really keen to see how they engage when they are not in lectures. Are they doing things independently, becoming independent learners?

Something that surprised me is that students see it as a competition between each other, (I insist that education is a collaboration, not competition) but they can see where they stand in the list and they keep checking the statistics to see where they are compared to the rest of the class in terms of engagement. Of course, it’s all anonymous, but it creates this competition (which is perhaps in their nature as they are sports students). I think it’s positive that they can see how much effort they are putting in against others in the module, and they can use this to reflect on how they do on assignments. Maybe they can use this information to change their study behaviour in the future. It’s good to show them how to monitor the effort they are putting in, you can’t see this on other platforms. I also asked them to check their app usage in their phones (as this is tracked on iPhones and Android) and to look at how much time they spent on other apps rather than on study (one student spent more time on a food app than looking at resources).

For me too, as our Virtual Learning Environment (VLE) without Talis Elevate just shows us opens and clicks, I don’t know whether they have read the content, or how much time they spent on it, so the data Talis Elevate gives me is great, and it gives students agency to change their behaviour and reflect.

Did you adapt the course at all to fit in with Talis Elevate?
The course was already designed when I implemented Talis Elevate, so I adapted it this year with the idea we would have that discussion after the lecture, and during the week. I thought it would be a good platform to continue that engagement.

How did that work?
Students have made a lot of personal notes, but are reluctant to make class notes, even anonymously. I believe this is cultural as these students are not used to being active learners. If it’s just in my module that they are asked to do this, they aren’t as likely to do it. It would benefit from being implemented at course level rather than module level, but I can see they are engaged in their reading privately, and I’m expecting good module feedback.

They are level 5 students (2nd years), so they are in a transition to becoming more independent learners, they are still a bit used to having their hand held. Perhaps a level 4 student would be more willing to engage, after this transition, or perhaps level 7 (masters module), as these students typically ask more questions.

Have you changed anything since using Talis Elevate?
Something I think is really good, that allowed me to change my approach is the type of analytics I get. A few weeks ago I got sent analytics on students that hadn’t engaged with any resource for two weeks in an automated email from Talis Elevate. I emailed them all individually and they all responded. The students were really happy to receive my email, and they were grateful for the concern. To them, it means that I care. It felt very personal and allowed me to connect directly. Some students re-engaged with content straight after the email.

I think this particular feature is really easy for staff that aren’t experienced with looking at data, you can get a simple summary and don’t need to delve into the VLE or play with the data.

This is, of course, good for progression and retention KPIs that are important at the university, and this would be great to have in all modules so we can identify if students are not engaging with any university work. Or, if for example, if they have a big deadline, attendance and engagement might go down in my module, but if I could see that they are doing a lot for another module that would be useful. We can see if students are still active. It’s good at module level but would be great at a course level.

Would you make any changes going forward?
Next year in the same module I want to look at ways to increase the class engagement. I’m going to use slides as the key resource to engage in more discussion and encourage more questions to be asked. That will become the point of contact. My idea is to highlight key terms and concepts in slides, and ask students if they can provide a definition. I hope that by doing this and as students see more and more other students doing this, they will be encouraged to engage more.

Have you used any other online/digital tools in your classes?
In the past I used a Facebook group for discussion where I would share things related to the module, my idea was for students to start sharing their own stories and finding their own stories that related to the module. Not all students wanted to use Facebook or even had a profile, so it was difficult, but in Talis Elevate, it’s part of the VLE so they have to join. I also have a hashtag on Twitter for things related to the module, I have this embedded in the VLE module along with my personal Twitter feed. Talis Elevate allows you to see the stats and how people are engaging which you cant see on social media, so that’s a plus.

Have you had any feedback from students?
From what I can see they are using the content in Talis Elevate, engaging and taking personal notes, so I can assume they are enjoying using it in general.

Thanks to Dr Renan Petersen-Wagner for his contribution to this article. You can check out other Talis Elevate user stories here. 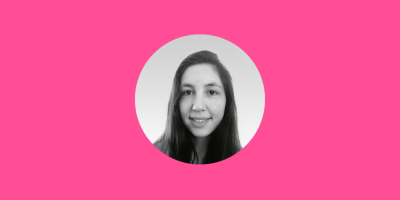 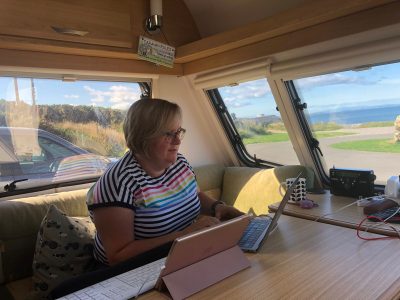 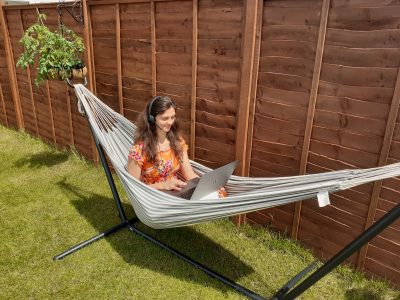