Skip to content
Helen Lynch, Subject Librarian Team Leader from the University of Waikato recently reached out to the Talis Aspire User Group to explain how their university library team support academic engagement through module guides. We wanted to find out more about how the module guides were created and how they are used.
Subject librarian Anne Ferrier-Watson and Library Assitant Jane Goodbehere from the University of Waikato Reading List team explain in this post how the team developed Reading Lists guides to support academics in creating and using reading lists.

Our journey with began with Talis Aspire (aka Waikato Reading Lists) in late 2016. In order to help administrators and academics get their heads around the software, we created a suite of guides.  We began by investigating how other universities were approaching the subject. The University of Auckland had started on Talis earlier, so we adapted their ideas to suit the particular needs of the University of Waikato. 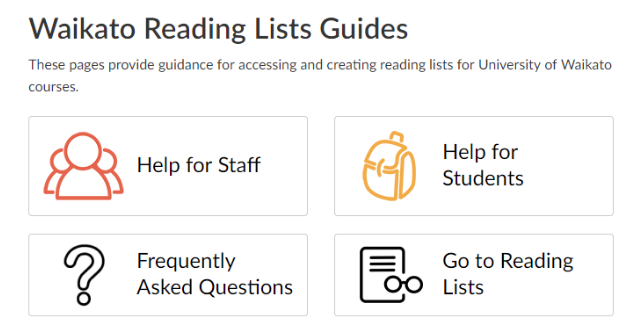 The guides were the result of a collaboration principally between two teams: Information Services (responsible for the nuts and bolts of creating and updating guides) and Subject Librarians (responsible for academic liaison and teaching).  However, we also liaised with Library Collections and Library Systems teams to ensure the information was correct. As some readers will know, each library team holds a different part of the Talis elephant!

The guides were created on the assumption that first-time list creators would receive tuition from library staff and then be able to help themselves as required.

As shown in the image below, the staff guides include:

The FAQ serves as a memory aid for library staff as much as a guide for academics, and covers items such as Can I export my bookmarks to a referencing software tool like Endnote or Zotero? as well as policy matters like  What if the Library doesn’t have a copy of the item that I want on my reading list? 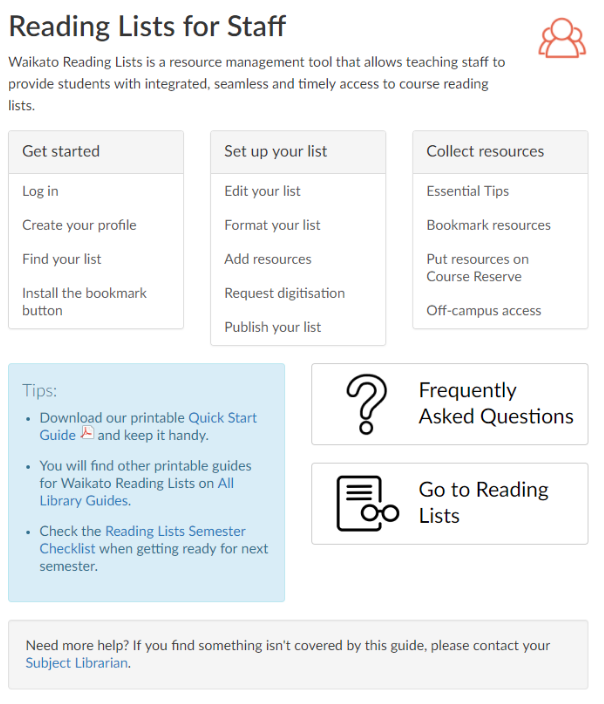 We’ve built them, but will they come?
Between 2016 and 2017, FAQ views doubled, coincident with increased uptake of Waikato Reading Lists across campus.  The views tripled in February 2017 as A Semester began. 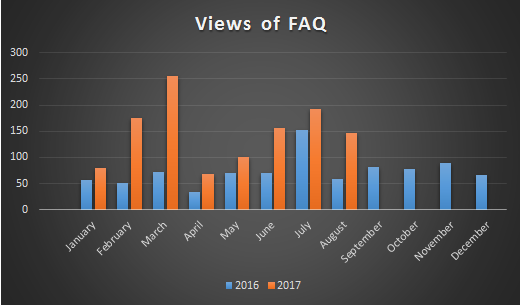 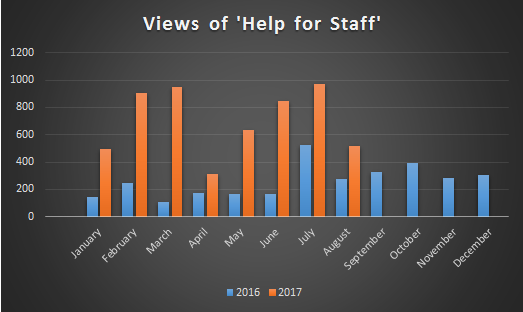 Creating the guides from scratch was a mammoth project, but we now have an excellent resource.  Mercifully, updating them is much less time-consuming!   It’s extremely gratifying to see the high uptake. Clearly, we are reaching our target audience, and that’s every librarian’s dream, right?

Thank you to the Waikato team for sharing this with us. Do you have a story to tell about Reading Lists at your institution? Let us know what you want to share by raising a support ticket.